This purchase and delivery information applies for current product which you see on this page.

Availability: In Stock (Dispatch-able within 3 days)

All spaces where this product is available

Thanks for your interest in Reevela

‍
We are thankful that you have clicked "Buy Now".
Currently, we test our platform for user-engagement, thus, we are unable to fulfil your intention to buy, but we would love know what made you click buy and your experience of using Reevela.

If you would be willing to assist us in developing Reevela, provide your email and we will be in touch.

We will keep you updated
Enjoy the rest of your day :-)
Something went wrong :-( . Try again 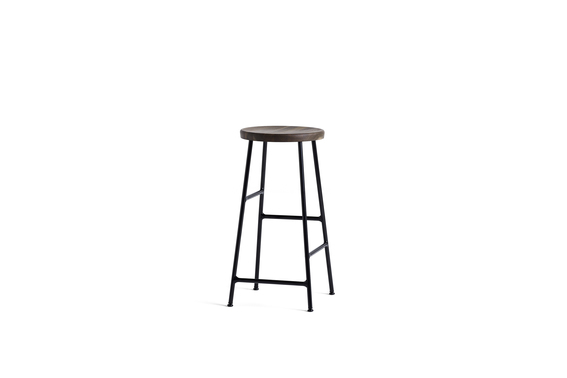 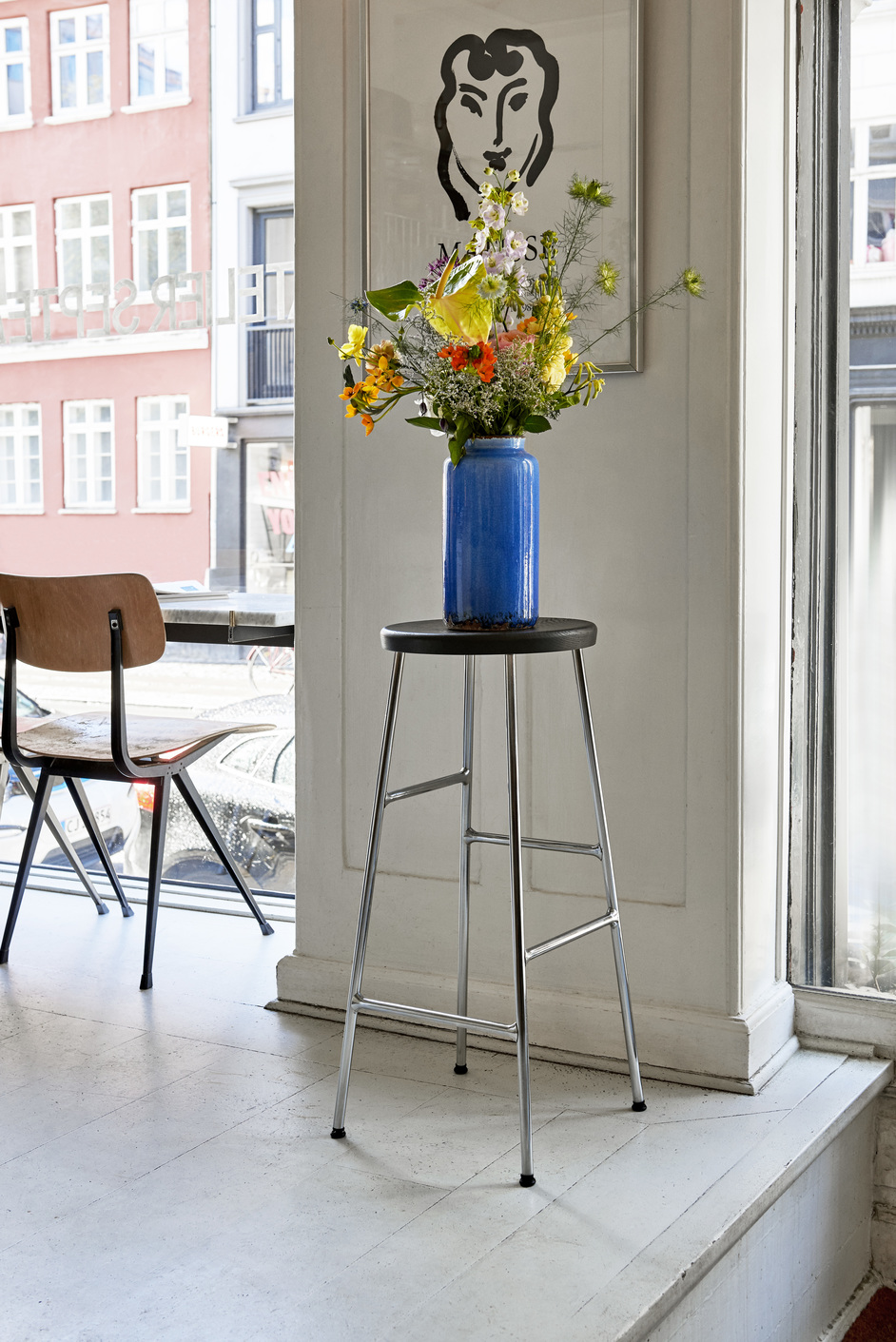 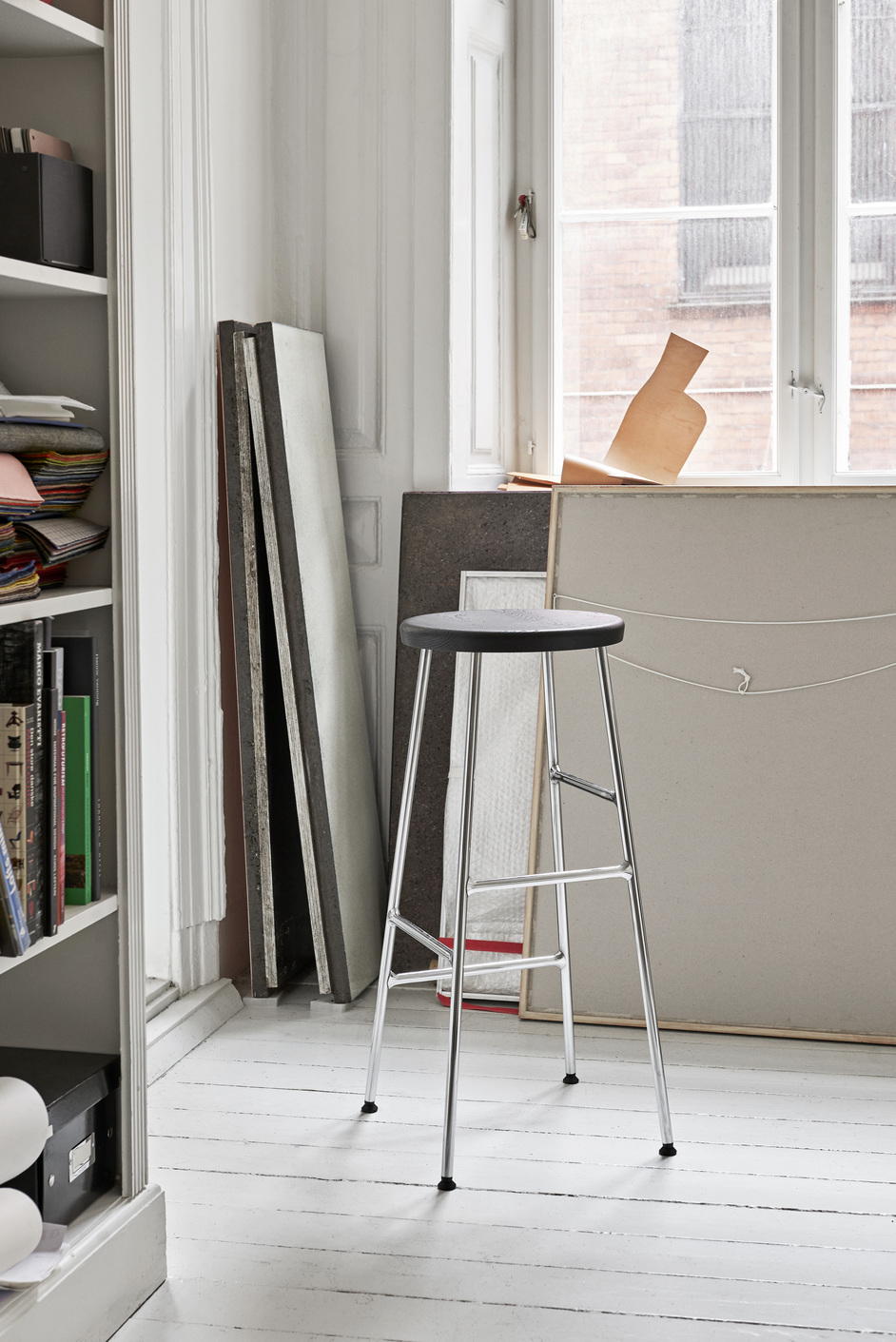 The stools come in two different heights, with choice of wood finishes for the seat and chrome or powder coated colour options for the legs. The stools are suitable for bars, islands and worktops in a number of private and public settings.

Glider
Plastic. Standard on all variants. Suitable for all floorings that are not too sensitive.

" I first noticed the specific steel-tube technique on bicycle racks and parking lots around Copenhagen and suddenly I started seeing it used in many applications: Hand tools, Household plumbing, Large factory air ventilation systems and so on. In the beginning it was the visual quality of the tube deformation I was drawn to, only later to realise that there where some clever construction advantages hidden here.

The starting point of the design was really the technique itself. It is not an unusual way of working for me; finding a specific detail or technique and focusing on that to begin with and let the rest of the object design itself – based on the directions given from the logic of the starting point.

Hopefully I have achieved a stool that is part elegant, part graphically strong, part minimal and part classic, actually it is in many ways it’s a very classic barstool, a solid wooden seat on a welded steel frame. But thanks to the technique there is something almost liquid about the transition of the steel tubes, something which usually only is achieved with casted objects. " 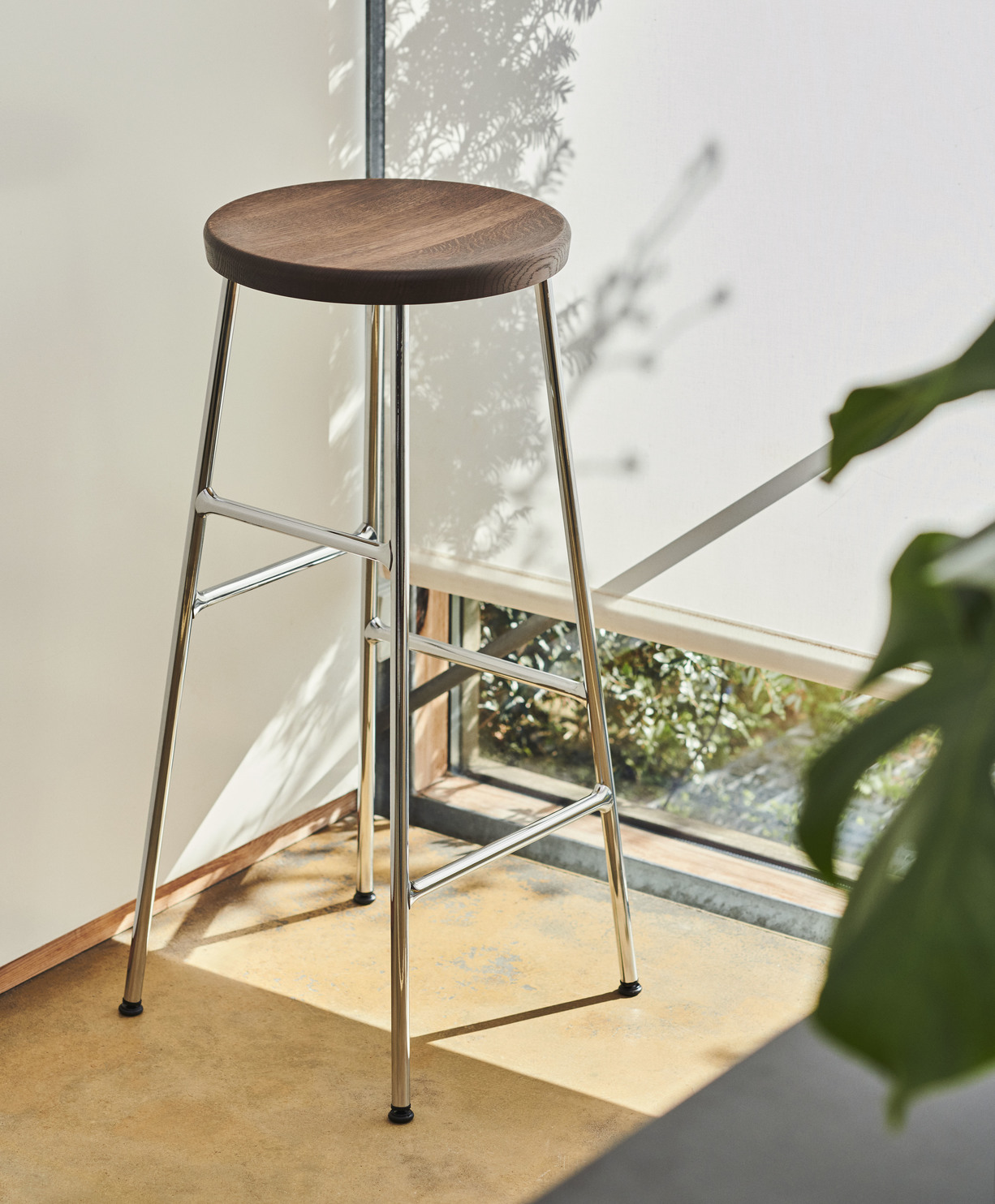 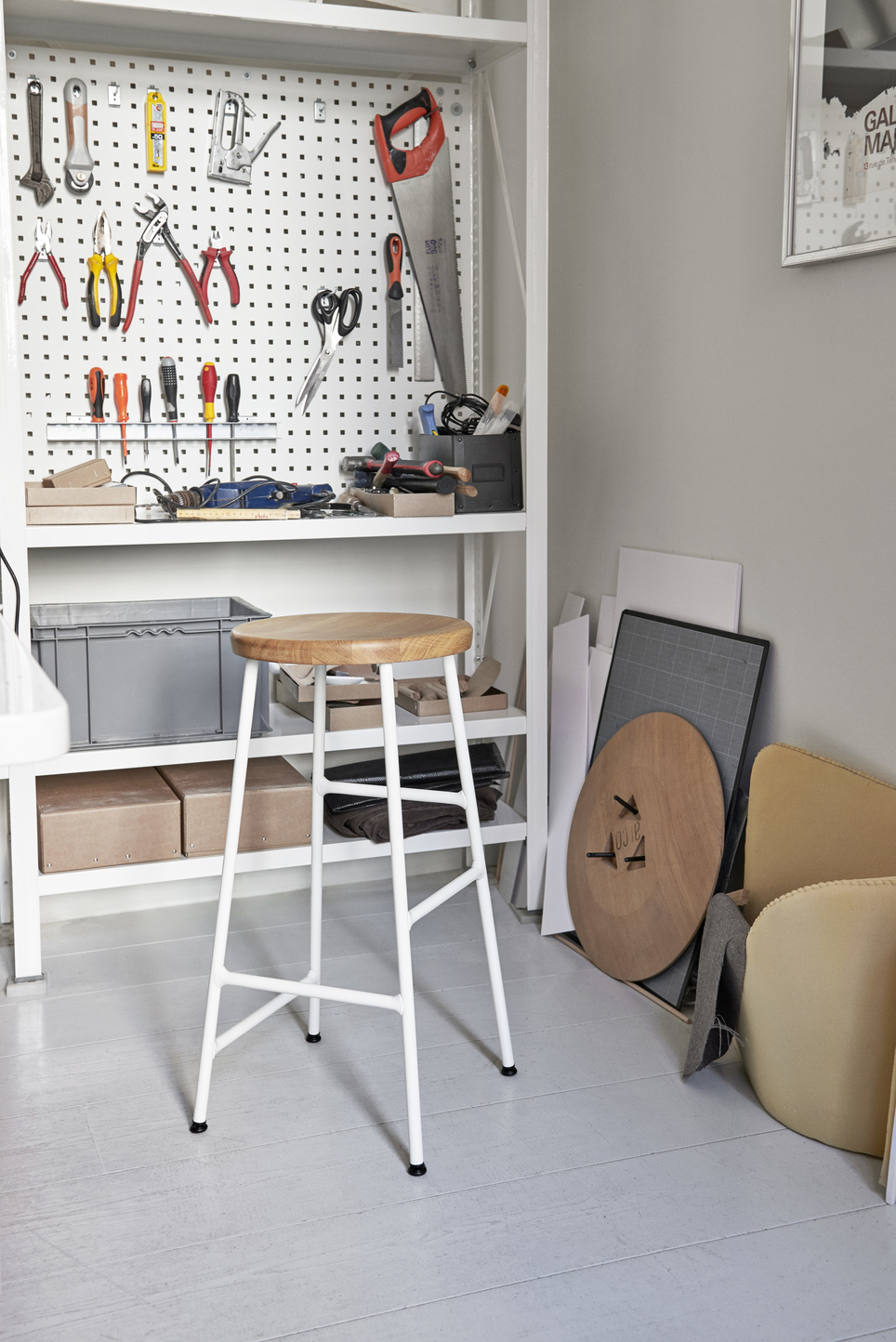 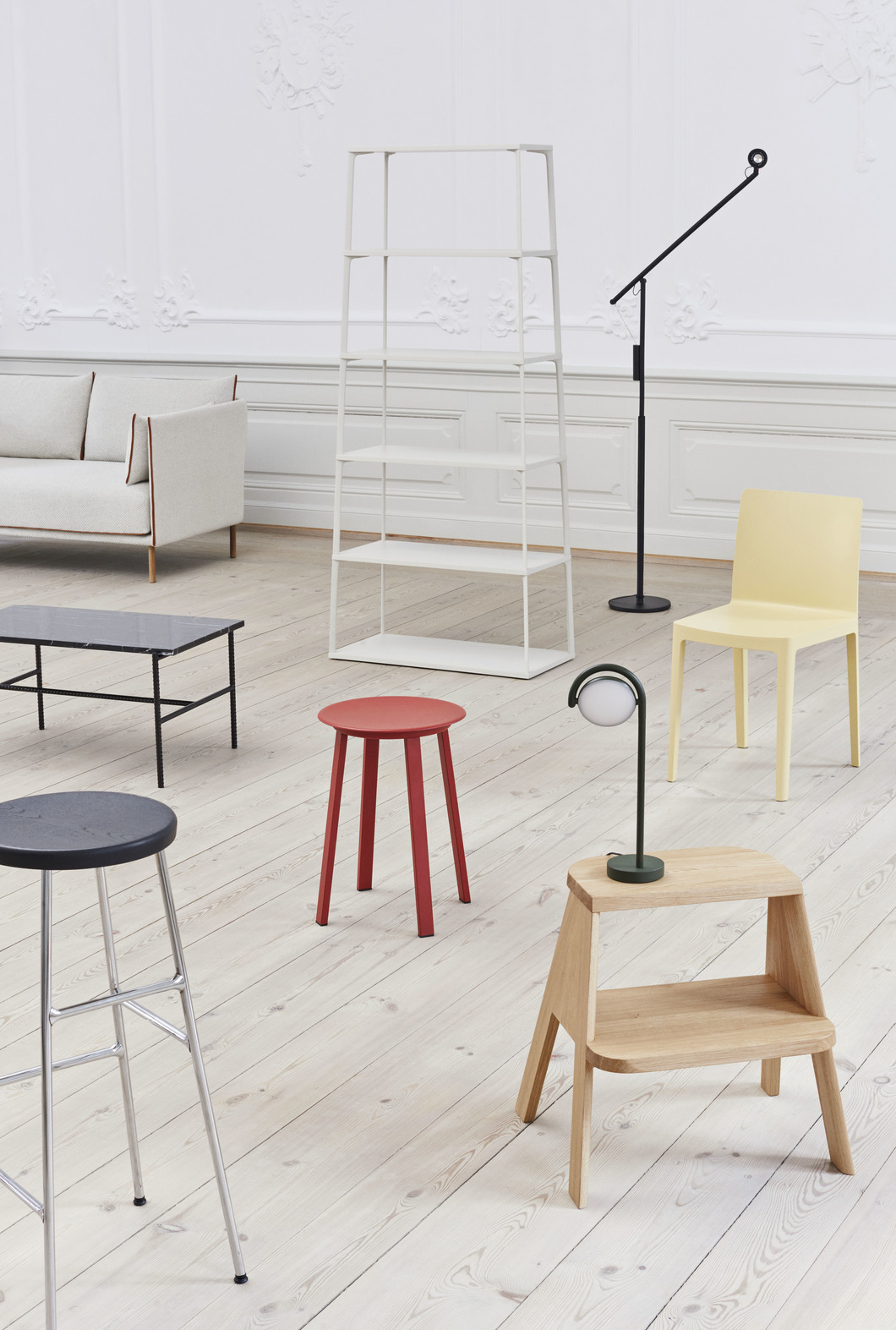 No items found.
Get
INSPIRED